Somalia appears to have benefited most from an International Court of Justice (ICJ) ruling on a contested maritime boundary with Kenya.

In a lengthy judgment made at The Hague on Tuesday, ICJ President Joan Donoghue said the court was of the opinion that the boundary line should be adjusted so as not to produce an unreasonable result for Somalia.

The court ruled that it was necessary to shift the line to the north in a reasonable and mutually balanced way.

Somalian Information Minister Osman Dubbe took to Twitter to  express his satisfaction with the court’s decision and said: “This success did not come easily but through struggle and sacrifice.”

Last week, Kenya made the decision to revoke recognition of the court’s jurisdiction ahead of the ruling. The matter has strained diplomatic relations between the two countries.

What do we know?

Somalia opened the case against Kenya in 2014 over contested parts of the Indian Ocean believed to have rich natural oil and gas reserves. The claim involves 100,000 square kilometers (nearly 40,000 square miles) of seafloor which both countries lay claim to.

The core contention is the direction in the which the joint maritime boundary lies. Somalia believes that the boundary should follow its land border and head out in a southeasterly direction.

Kenya believes that the line runs in a straight easterly direction of its coastline, essentially granting it rights to the portion of sea in question. 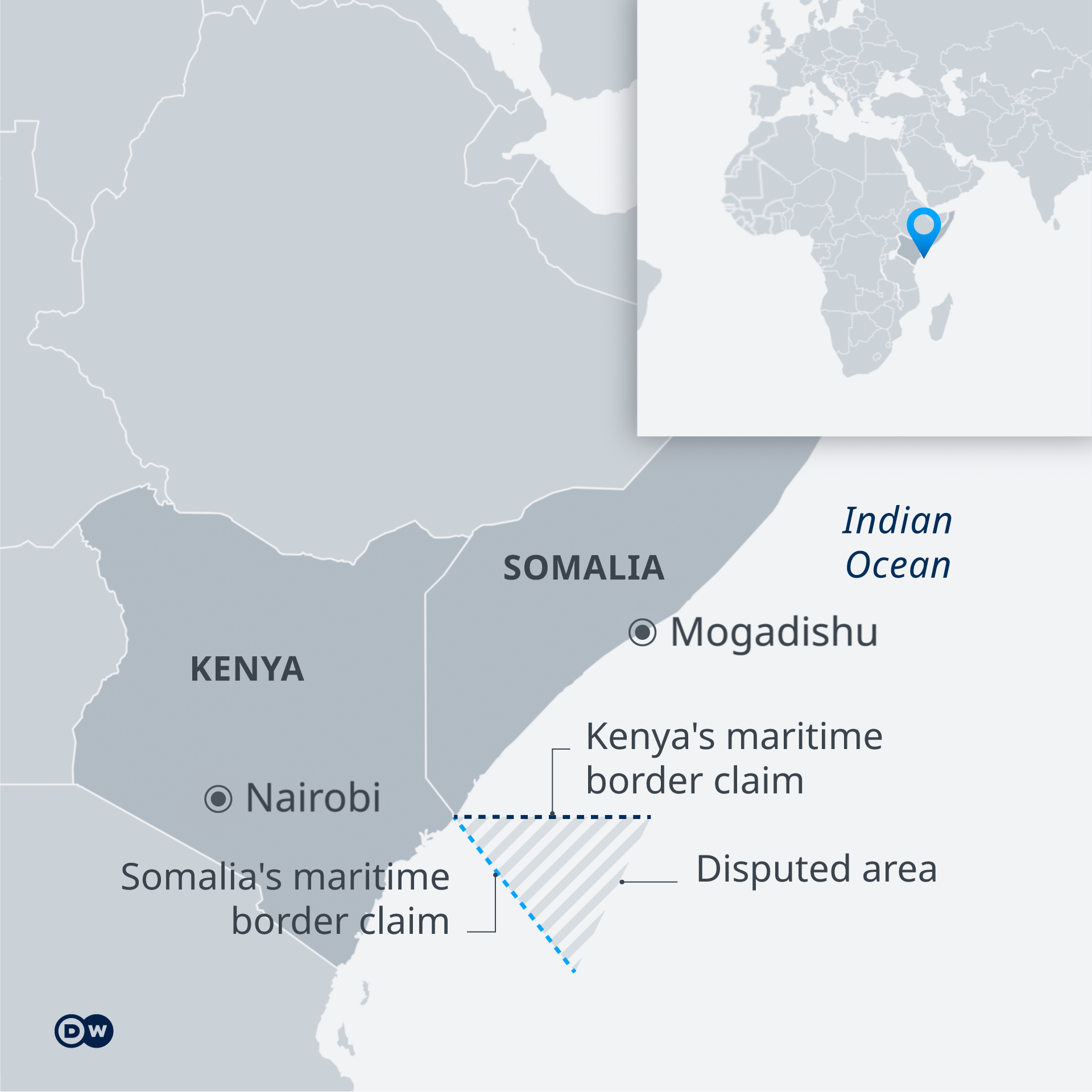 Nairobi has made it clear that it does not recognize the court’s jurisdiction.

“The delivery of the judgment will be the culmination of a flawed judicial process that Kenya has had reservations with, and withdrawn from, on account not just of its obvious and inherent bias but also of its unsuitability to resolve the dispute at hand,” Kenya’s Foreign Ministry said.

In March, Nairobi skipped public hearings in The Hague and had already granted exploration rights to Italian energy company ENI. However, in this regard the court found no compelling evidence that Kenya should pay any reparations for maritime activity conducted in the area, because of the uncertain status of the boundary line.